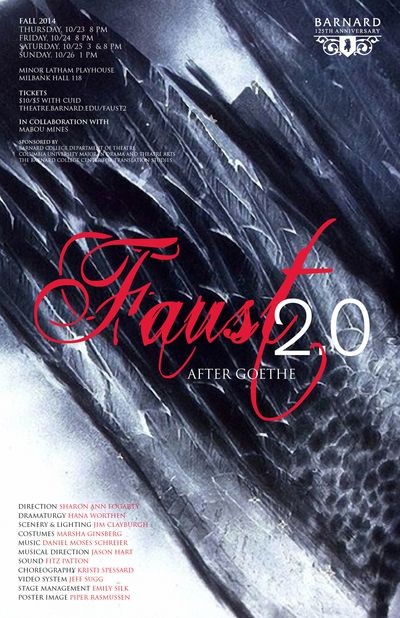 While Goethe’s massive original places Faust at the center of the philosophical, social, and political questions of his era, questions still evocative in the twenty-first century, it also figures “women” into the gendered field of Enlightenment rationality, the field of (white, European, propertied) humanist “Man.” This adaptation inquires into the gender dynamics of Goethe’s work, imagining a counter voice to his “eternal feminine,” a voice freeing itself from a logic of extrinsic desire.

Faust 2.0 is a co-production with the experimental theatre company Mabou Mines. 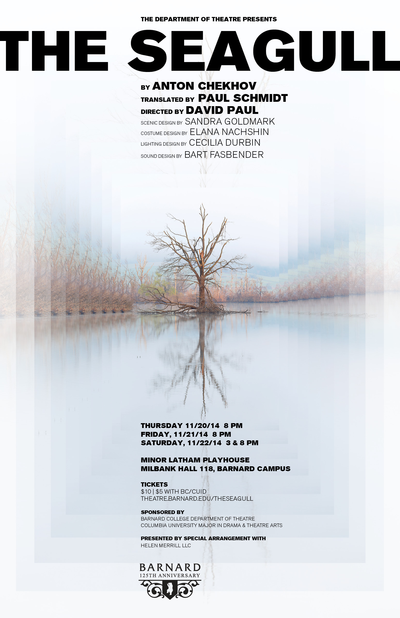 Famous as the inaugurating success of Constantin Stanislavski's Moscow Art Theatre, Anton Chekhov's The Seagull undertakes a pinpoint anatomy of the brutality of artistic ambition, and a remarkably sensitive and self-reflexive examination of the "realistic" milieu of which Chekhov was an acknowledged master. 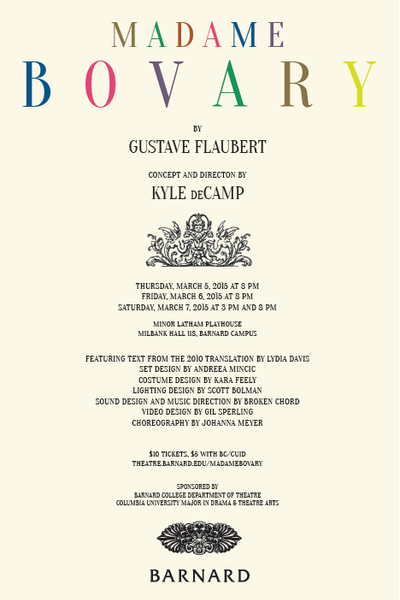 By Gustave Flaubert
Concept and Direction by Kyle deCamp

A boundary blurring, inter-disciplinary, ensemble exploration of the exquisite 1856 novel Madame Bovary by Gustave Flaubert. An adventure in interpretation, with a focus on Flaubert's radical, free indirect style.

Festival I: Senior Theses in Directing 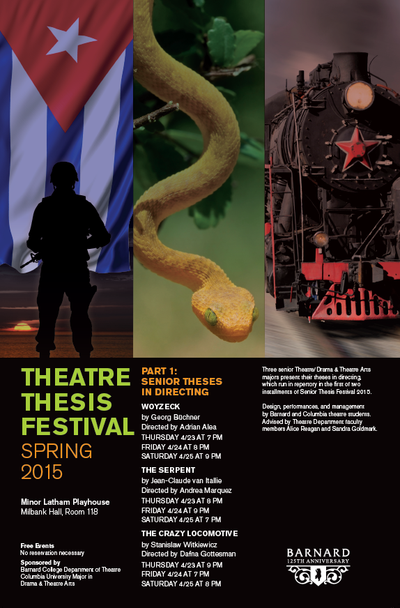 Festival II: Senior Theses in Solo Performance and in Playwriting

7 PM The Disciples of Chaos, a play by Piper Rasmussen

3 PM We Are the Light of the World, a play by Rae Binstock

4:30 PM The Real Housewife of the Big House and her Lady-in-Waiting, a play by Nissy Aya