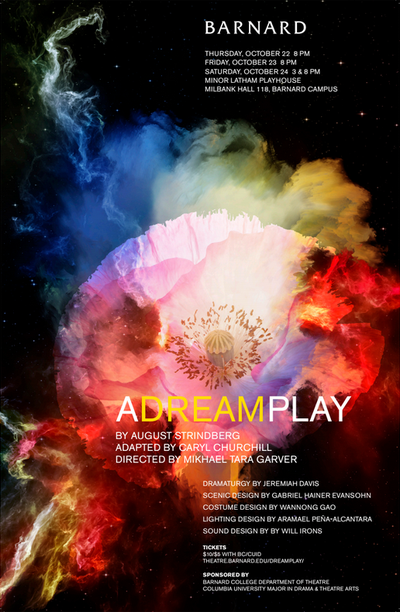 The daughter of the gods descends to earth, hoping only to alleviate human suffering. Her journey takes her across the world, through the arts and sciences, through the law and politics, through wealth and poverty, but can she save us from ourselves? August Strindberg's dramatic meditation on human suffering will be performed in Caryl Churchill's brilliant, fast-paced, contemporary version. 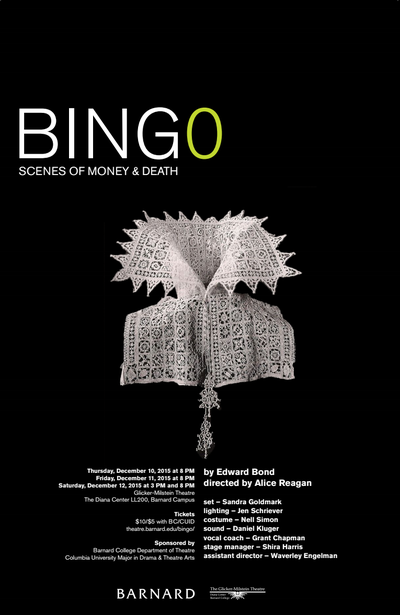 ** Post-Show Talkback with the director and Jenny Spencer, Professor and Chair of the Department of English at the University of Massachusetts Amherst, following the Friday 12/11 performance

"To have usurped the place of god, and lied..."

In his final days, Shakespeare measures the value of writing against the grim reality surrounding his Stratford garden: a vagrant girl rotting on the gibbet for the crime of looking for work; wealthy landowners like himself seeking the security of increased profit that impoverishes their tenants; a family who hates him for his emotional absence and neglect. Written by the great political dramatist of modern England, Edward Bond, Bingo explores the costs—physical, economic, human—of a life in art. 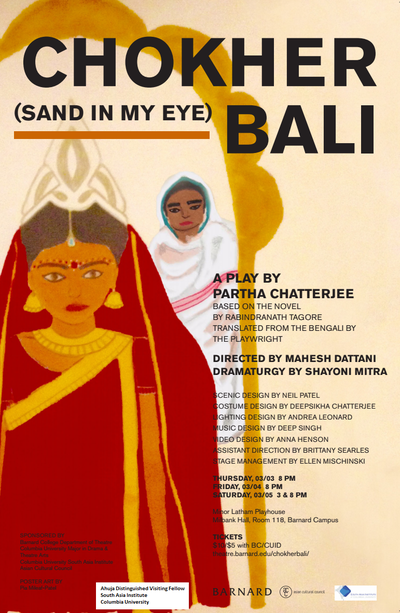 The Theatre Department presents the English language premiere of of Chokher Bali (Sand in My Eye), based on Rabindranath Tagore’s classic novel, dramatized and translated by Professor Partha Chatterjee, directed by internationally renowned playwright and director Mahesh Dattani, and dramaturged by Assistant Professor Shayoni Mitra. A compelling account of marriage and widowhood against the backdrop of the rapidly modernizing bhadralok or gentlemanly class of late 19th century Calcutta, the play transcends its immediate historical context to become a timeless meditation on feminine desire and agency.

Weekend I: Senior Theses in Directing 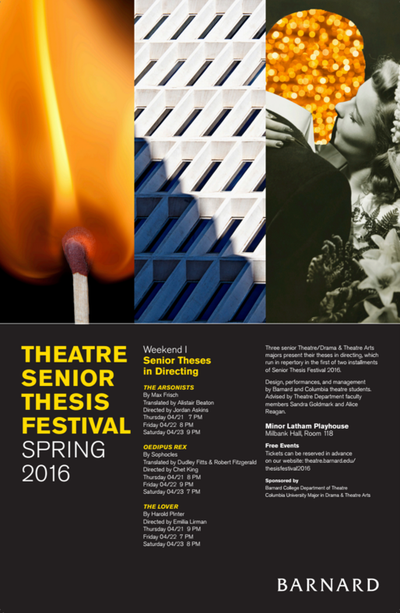 Weekend I: Senior Theses in Directing

The Arsonists by Max Frisch, translated by Alistair Beaton, directed by Jordan Askins (BC '16)

The Lover by Harold Pinter, directed by Emilia Lirman (CC '16)

All thesis events are free and open to the public. Ticket reservations are available via EventBrite by clicking on the links below. 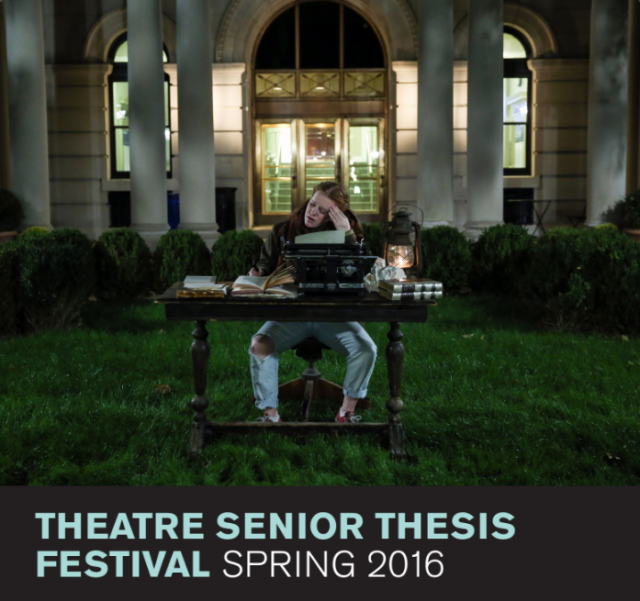 8 PM | Milbank 118, Minor Latham Playhouse
Staged Reading
forgiveness, or something like it, a new play by Mariana Benjamin