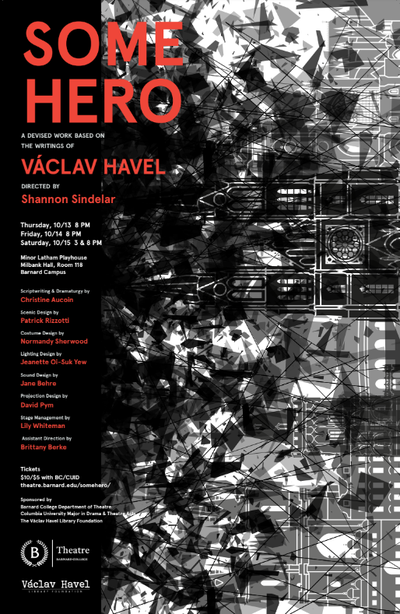 For Václav Havel, despite its failings, history offers the record of "magnificent dreams, longings, and ideals."

In this devised work, Barnard and Columbia students explore the political, philosophical, and artistic perspectives of the dissident writer who became president of Czechoslovakia, and then of the Czech Republic.

* Post-Performance Reception
Meet and greet the cast and crew of Some Hero and enjoy light refreshments after the Friday night performance.
Milbank Hall, Room 223, 9:30 PM 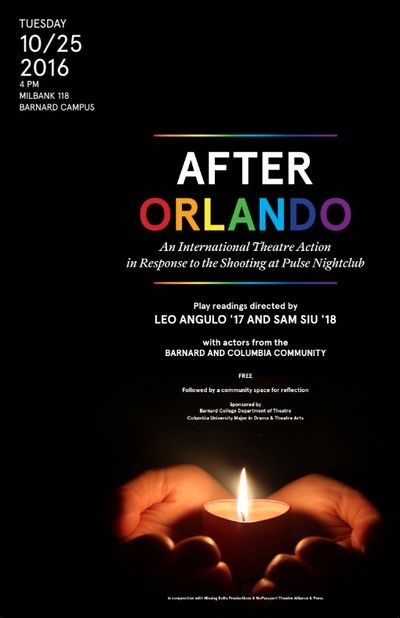 With actors from the Barnard and Columbia community

Followed by a community space for reflection

The Barnard College Department of Theatre, in association with Missing Bolts Productions Inc. and NoPassport Theare Alliance and Press, are pleased to present a reading of After Orlando, a suite of short plays written in response to the shooting at Pulse nightclub in Orlando, Florida.

After Orlando is an international playwright-driven theatre action including over fifty playwrights from the United States, Canada, and the United Kingdom, Africa, and Australia. Plays have been specifically written and curated in response to this tragic event and will be read at over 30 venues across the country and in the UK throughout the fall.

Partners include: The Finborough Theatre (London); Rattlestick Playwrights Theatre and the LGBT Center (NYC); Round House Theatre and Olney Theatre Center (DC); The Inge Center (Independence, KS); Theatre@Boston Court and the University of Southern California (LA); Miami New Drama; Philadelphia Theatre Company and The University of the Arts, and many more. 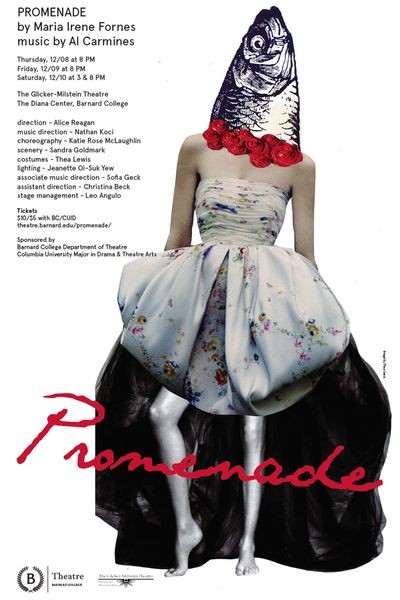 In Maria Irene Fornes’ and Al Carmines’ brilliant musical parable, two escaped convicts take a vivid journey through the high-life, and low-life, of New York, a city whose divisions between rich and poor, old and young, the empowered and the powerless seems, perhaps, all too familiar today.

Promenade is presented by special arrangement with SAMUEL FRENCH, INC.